The Ironton-Lawrence County Memorial Day Parade is a long-standing tradition in Ironton. Memorializing those who fought for our country’s freedom, the first parade was held in 1868 and has continued every year since.

This makes the Ironton-Lawrence County Memorial Day Parade the oldest continuously running Memorial Day Parade in the United State. In its beginning, Andrew Johnson was president and misfits were more a part of society than marching bands and soldiers. That didn’t stop Ironton.

146 years later, the parade begins at 10:00 a.m. on Memorial Day and consists of 12 divisions. In these divisions, the tens of thousands of people lining the parade route are able to enjoy marching bands, clowns, funny cars, dance studios, fire trucks, beauty queens, and numerous floats from all around the Tri-State area. Approximately 1,000 people participate in the parade, making it a resounding success year after year. 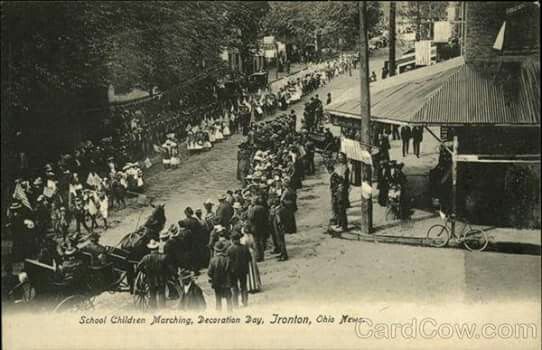 The Parade route begins on Center Street and ends on 6th Street and Park Avenue.