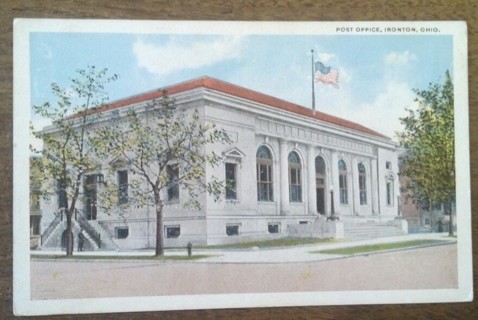 The former Ironton Post Office was constructed in 1913 and located at the corner of 5th and Center Streets. Major Jeremy Davidson was the first post master. He moved into this new office just before the flood of 1913.

The federal government officially abandoned the property on March 24, 1966. Before it was abandoned, the post office served 35,000 people, had fifty-three employees and three contract carriers. In the previous year (1965), the office had handled 4.5 million pieces of mail.