The Iron Bank of Ironton was established in 1851…the charter for the bank was received on May 10, 1851 but the bank did not open for public business until July 11, 1851. James Rodgers was elected the first president and James O. Willard the first cashier. The Iron Bank was the predecessor of First National, which was chartered and took over business in 1863. The Iron Bank was originally located on north second between Lawrence and Buckhorn Streets (across from Save a Lot). 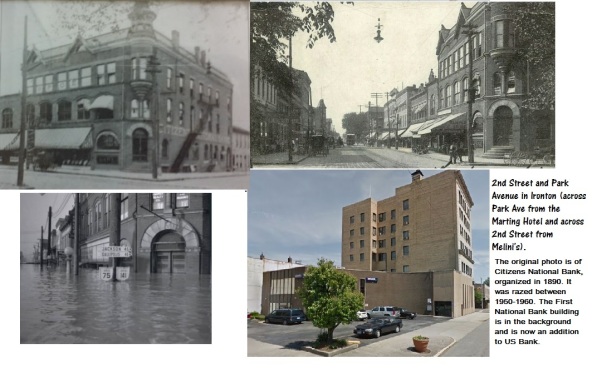 The building in the foreground was at one time apartments. It was demolished sometime between 1950-1960 and is now part of US Bank. The First National Bank in the background is now the other section of US Bank.