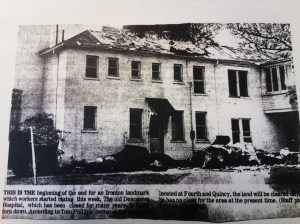 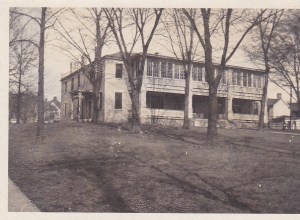 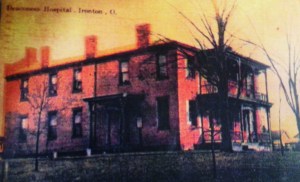 Charles S. Gray Deaconess Hospital was housed in the original home of W.D. Kelley, one of the founders of Ironton. The building was situated on the corner of Fourth and Quincy Streets. The Kelley home was remodeled in 1899 to become a hospital. The formal opening of the hospital occurred on April 5, 1900. The committee in charge of the hospital included Colonel H. A. Marting, A. J. Brumberg, D. J. James, Mrs. George N. Gray, Mrs. C.S. Gray, and Miss Emma Gray. The first doctors were N.K. Moxley, Clark Lowry, W. F. Marting, W. E. Pricer, D. R. Alban, and Lester Keller. Dr. J. W. Lowry was a consulting doctor. The building was used as a hospital until 1937. The building was owned by Central Christian Church in 1961 and was used to hold Sunday school.
W. D. Kelley was not only one of the founders of Ironton. His son, Ironton, was the first child born in the new town.
Charles Sedqewick Gray was the son of Dr. George Noah and Elizabeth Ann Humphreys Gray. Charles was born on February 20, 1869. He, like his father, joined the U.S. Navy, but unlike his father, Charles did not survive his years of service. Charles died on September 3, 1898 in Garfield Hospital in Washington D.C. from typhoid fever. In his memory, Dr. George N. Gray and family donated one half square for the Charles S. Gray Deaconess Hospital.