“Stephen D. Burcham: The history behind the Seal of Lawrence County, Ohio” 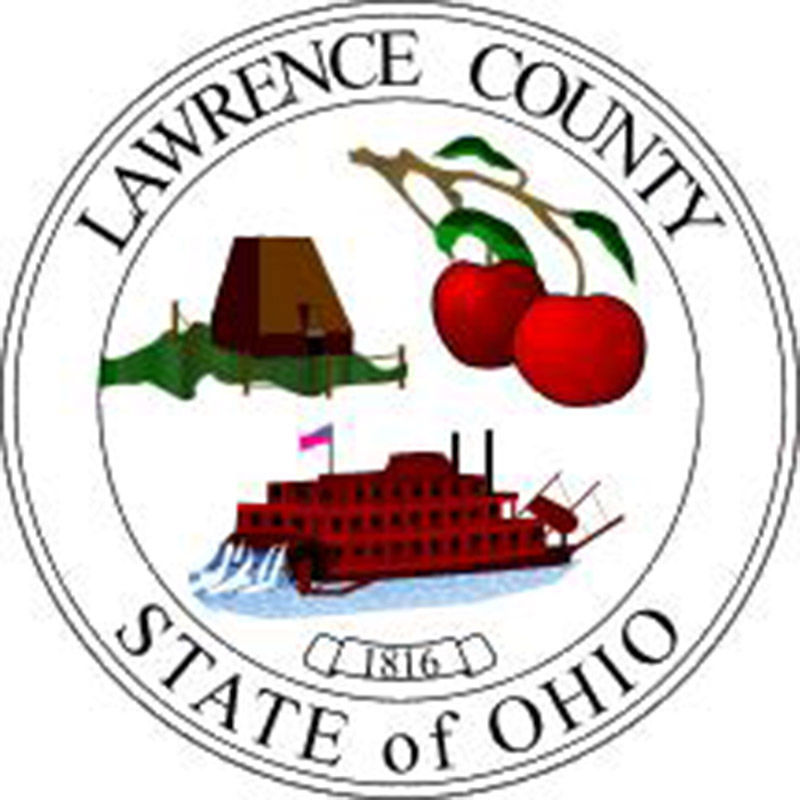 Many people know that Lawrence County has an official seal, but are unaware of the historical significance of the items which appear therein. The seal grew from a discussion of various members of the Lawrence County Historical Society including Ironton residents Dr. John Haney, Lou Ann Blagg, Buddy Haney, Tim Selb, Art Shaffer, John Jones, Isabelle Jones and Proctorville resident Margery “Betty” Burcham. The committee wanted the seal to reflect the history and heritage of our county.

After several meetings, this committee decided to include depictions of three symbols and the year of the county’s formation on the seal. The furnace in the upper left hand corner of the seal is representative of an Iron Furnace (17 were located in the county) from the Hanging Rock Iron Region representing pig iron manufactured in this county in the 1800s. These furnaces were blast furnaces – iron ore and limestone were smelted in a furnace heated by burning charcoal with a blast of air. Smaller furnaces could produce one to two tons of iron per day and were often cast directly into pots, kettles and skillets. Larger furnaces could produce up to 100 tons of iron which was cast into heavier machinery and weapons used during the Civil War.

The apple on the seal is from the eastern end of the county, which was the birthplace of the Rome Beauty Apple. The apple originated on the Gillette family farm near Proctorville near the present day site of Fairland East Elementary School. The first tree began to bear fruit in approximately 1820 and was eventually named for the township from which it came. The apple is one of the top 10 varieties of apples produced in the United States. It is a popular variety used for cooking, is red in color and typically ripens in August and September.

The boat depicted on the seal was originally to be a packet boat named Minnie Bay from the Bay Packet Lines. Packet boats moved mail, passengers and freight along the Ohio River to various communities. The Bay Packet Line was a company owned by two Lawrence County brothers, George, who lived in Proctorville, and William, who lived in Ironton. The boats operated on the Ohio River during the 1800s. Over the course of the company’s lifetime, it operated over 50 packet boats between Pittsburgh and Cincinnati, and was the largest packet boat company on the Ohio River. The brothers also had a sister, Sarah Bay Smith, who was the first licensed female river boat pilot on the Ohio River, which was during a time in which women did not yet have the right to vote. Her headstone in Woodland Cemetery has a pilot wheel depicted on it to note her accomplishment. The Minnie Bay was a single story boat; however, the artist who designed the seal, Lee “Danny” Daniels of Chesapeake, felt a multiple story paddlewheel was a better emblem for the seal.

The seal was officially adopted by the Lawrence County Commissioners on November 6, 1985.

Lawrence County has a proud heritage. The seal of the county depicts only a portion of the role we have played in the development of our nation.